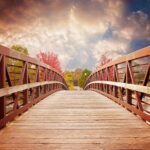 According to the ruling of the Schleswig Higher Regional Court, Schufa will no longer be allowed to store the residual debt discharge note for three years, as was previously the case, but will have to delete it permanently after six months. What effects and consequences does this have for those affected? Guest article by Johann Tillich, debt advisor and chairman of the Verein für Existenzsicherung e. V. (Association for Securing Existence).

Even a single entry in the Schufa register can have far-reaching consequences for the consumer concerned. This is because every company – regardless of whether it is an SME or a large corporation – usually checks the payment terms of its customers before entering into a business transaction. On the one hand, this measure serves to protect suppliers, because they can thus protect themselves against possible payment defaults. On the other hand, consumers are also protected from possibly getting into financial difficulties. Anyone who is already struggling with payment problems will probably find it difficult to cope with an additional financial burden. Therefore, such a Schufa note makes perfect sense. The problem, however, used to be the fact that the so-called residual debt exemption note was stored for three years. This made it difficult for consumers to enter into further transactions and conclude a cell phone contract, for example. Because the aforementioned note is now to be deleted after just six months, consumers can breathe a sigh of relief sooner.

If the residual debt discharge is already deleted after six months in accordance with the current ruling of the OLG, consumers have the chance to be able to conclude a new loan or buy the coveted cell phone including contract already after this time. Certainly, this is associated with a small amount of additional freedom. But it also invites consumers to get into a financial mess again. Those who, as in the past, had to wait at least three years before being able to enter into a new purchase contract are more likely to act more cautiously and thoughtfully. This can minimize the risk of making an ill-considered new purchase decision.

It is to be feared that retailers will also look more closely when it comes to entering into contracts with customers. Even if the residual debt exemption note has been removed from the Schufa register, contacting the relevant inspection institutes, such as Creditreform, can help to find out more about the current financial situation of potential customers.

What does this mean exactly? Ask Valentin Schulte, economist and stud. iur at the law firm Dr. Thomas Schulte, Berlin.

Valentin Schulte: „The lawfulness of data processing or data transfer is standardized in the European Data Protection Regulation (DSGVO) and concretized in the Federal Data Protection Act (BDSG). As a justification for the storage of the characteristic „residual debt discharge granted“, which Schufa takes from central registers, only a justification via Art. 6 I lit. f) DSGVO can be considered in the absence of consent of the data subjects. The Schleswig Higher Regional Court disagrees with this in its reasoning for the ruling, as this is not compatible with applicable law, particularly with regard to the six-month deletion period from Section 3 of the Regulation on Public Announcements in Insolvency Proceedings on the Internet (InsoBekV). In practical terms, consumers thus have the opportunity to improve Schufa as early as six months after the granting of residual debt discharge and fully participate in economic life again.“

In general, it is advisable not to rush into new purchases and to look carefully when buying a new vehicle or washing machine. The professional support of an experienced debt advisor can be worth its weight in gold. 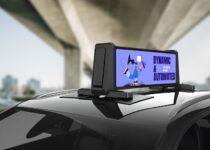 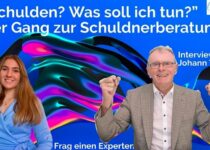 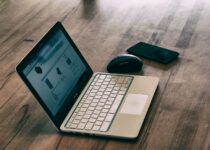 Customer retention is the issue and customer acquisition through B2B and B2C. The main difference between B2B and B2C lies in the business partners, B2C companies focus on the end consumer. Digitalisation as a driving force for all participants, merchants and customers. How the wee mobile payment system promotes customer loyalty?